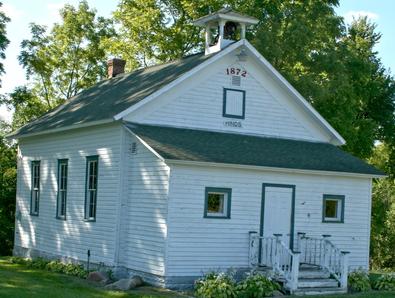 The present hall was built in 1986.  The previous hall was the former Shultz School which was purchased from the Hastings School District. Previously Hope Township was served by a small hall in Cloverdale.

Two school districts serve Hope Township – Hastings and Delton Kellogg. Hope Township has more than thirty lakes within its boundaries, three of which (Wall, Long, and Guernsey) are connected to the Southwest Barry County Sewer, which Hope, along with Prairieville and Barry Townships established in the 1990s. Hope, Barry and Prairieville Townships constructed the Delton District Library, located in Delton, in 1997, with an expansion currently in progress.

The Township is served by the Delton Fire Department in conjunction with Barry Township.  The fire barn is located in Delton. Ambulance service is provided for Hope Township by Mercy Ambulance from its Hastings center. Police protection is supplied by the Michigan State Police and the Barry County Sheriff. Emergency services are provided by Barry County Central Dispatch E-911.

Hope Township is an outstanding place to live, play, and raise a family. We are a rural community spoiled by our environment’s natural beauty.

Skip back to navigation